One of the best parts of being a photographer is getting to know people :)  Gaurav has been one of our neighbors for years, but I got to know him better in an afternoon than in all that time.  I still thought of Gaurav as the 10 year old who makes robots :)  And his little sister, who is like a 4th sister of my 3 girls, has filled me in on his hobbies occasionally, but spending an afternoon with him and listening to his stories and interests was truly delightful.  I don't know whether he'd consider himself right- or left-brained (he has a great amount of both!) but that right-brain appreciation of visual design is obvious in our conversations.  Gaurav gets more animated when we use negative space in his portrait, or find leading lines or use painted walls with graphics.  In fact, his descriptions of the  senior portraits he wanted were all feelings & colors:  asked for words to describe what he is looking for, he said "OPTIMISTIC"!  I love that!  He asked for blues and greens, and expansive views of Seattle.  He wanted to go Downtown, with its busy motion.  He wanted texture, like crumbling brick and tarnished metal, rather than sleek & new construction.  So... that puts him squarely into my kind of senior portraits, yay!  :) 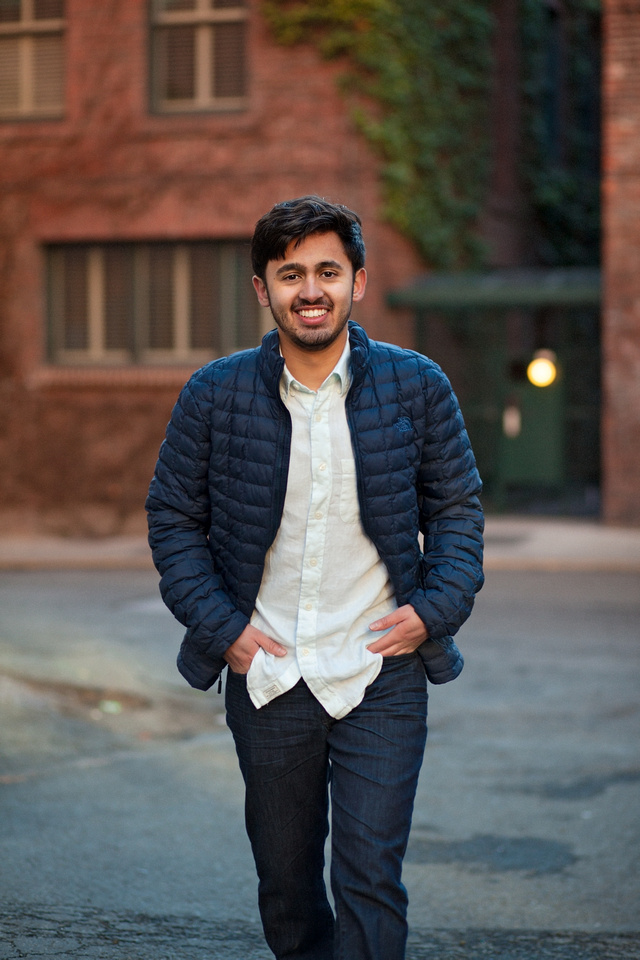 My friend, Lesley (links to Lesley's family portraits with me here and also here), was our assistant that day.  She also loves spending a day in the city, and she had nuggets of treasure in her brain!  Lesley's hair artist, Tiffany, is an independent stylist at Skyn Spa.  Lesley mentioned the salon's blue velvet couch, and we were all over it, knocking at the bolted door.  Tiffany graciously welcomed us to make use of her couch and lobby, and we had a ball.  Lesley also mentioned the old metal staircase used by bicycle & pedestrian commuters.  Fun!   One aspect of the shoot that Gaurav & Lesley & I enjoyed the most was the serendipity.  This staircase was not on my radar, we just ran across it (with all the whimsical globe hanging lights in the alley) when we stopped for soda pops: 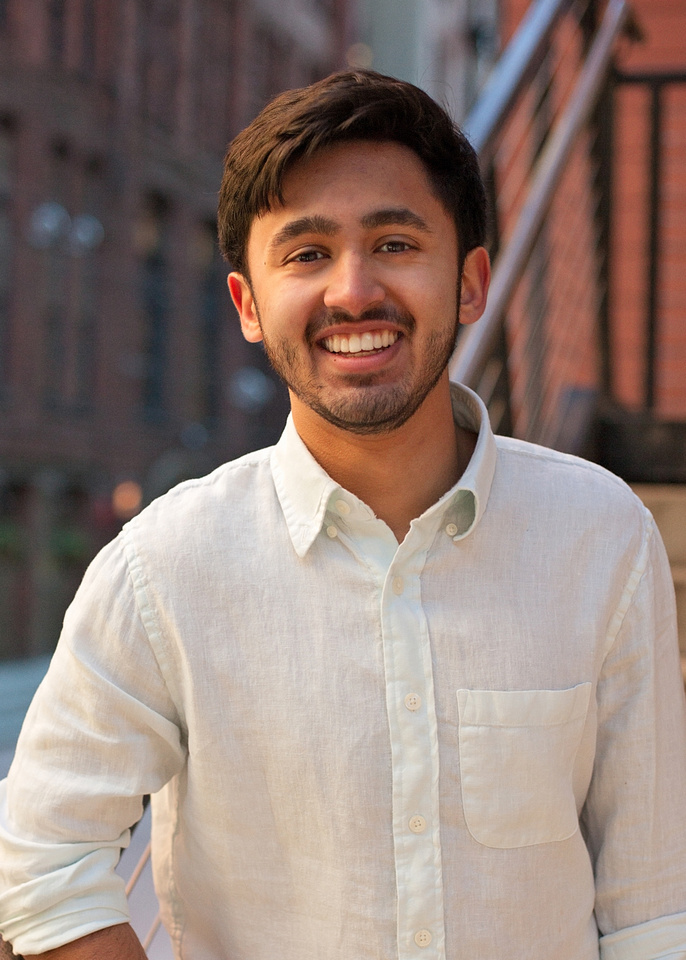 It was also serendipitous at our first stop in Soho to find 2 or 3 police cars and an resentful man in handcuffs right in front of the small brick garage we had hoped to shoot in.  We used it anyway!  What an odd looking scene that must have been, with the party just outside the garage, and our party just inside, with Lesley holding a big reflector, and my camera clicking, and Gaurav looking as casual as possible :)  He was the one to see what was going on at the entrance, as Lesley and I were just focused on him!

At the end of this beautiful sunshine-y day, we visited Kerry Park!  I think Gaurav's optimism shines in his eyes, I think that part of our assignment was a given, a slam-dunk, guaranteed like the precipitation in Seattle.  We were so thankful that the sun was brilliant on this one day of the week, sandwiched by snow the previous afternoon, and rain later that evening!  The sunset lit Mount Rainier and quickly disappeared, and the city lights took the cue. This was a great way to end the day: 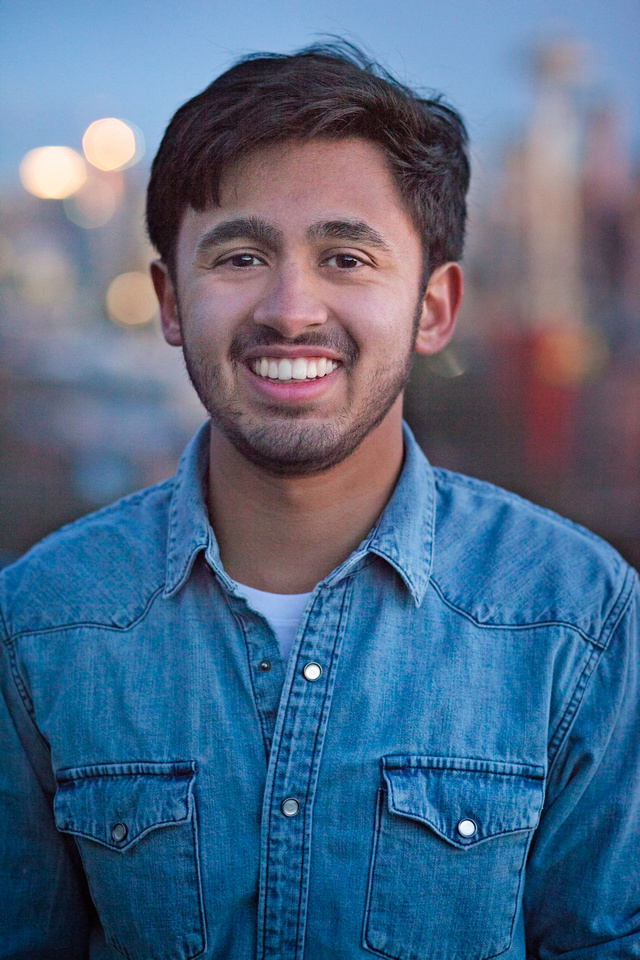 I'm sooooo glad to get to know Gaurav so much more, before he leaves home next year!  California?  To play tennis and soak up the sun?  UW?  Close to home?  Decisions, decisions!  He appreciates the education he has received at The Overlake School.  One of the classes he has enjoyed most was all about design - developing ideas for increased functionality combined with a look that strongly appeals to people - it will be fun to see where the right side of his brain lands in his life choices, it's where he lights up.  I think it may pull him to his own niche in whatever future he chooses!  :)